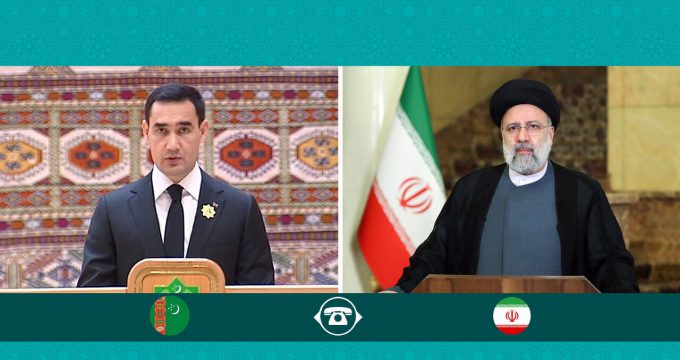 Iran’s President Ebrahim Raisi said on Tuesday in a telephone conversation with his Turkmen counterpart Serdar Berdimuhamedow that he was sure that the process of expansion of ties between the two countries would be accelerated in Berdimuhamedow’s term of office.

President Raisi also congratulated the Turkmen President on the advent of Eid al-Fitr which marks the end of the fasting month of Ramadan.

Expressing certainty that the process would be accelerated, President Raisi in this telephone conversation told his counterpart that with his father Gurbanguly Berdimuhamedow’s measures during his term of office as president of Turkmenistan, interactions between Tehran and Ashgabat in various fields progressed well.

He also said that Turkmenistan is interested to accelerate broadening ties with Iran and that activating the joint economic cooperation commission between the two countries would certainly help achieve this goal.