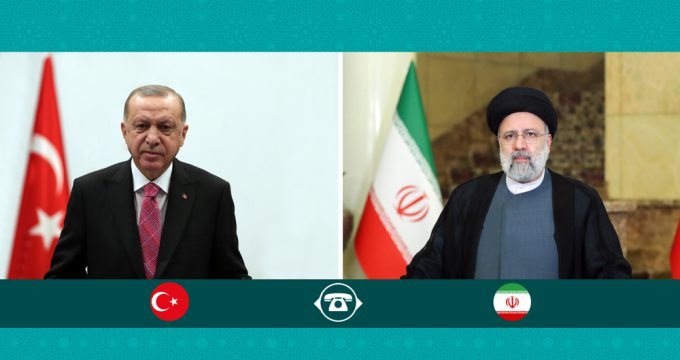 Muslim states must collectively push for end to Israel’s atrocities against Palestinians: Raisi

Iranian President Ebrahim Raisi has denounced the recent “unacceptable” developments in Palestine, urging all Muslim countries to push for an end to the atrocities carried out by the Israeli regime against the Palestinian people.

“It is necessary for us to make every effort to stop the inhumane attacks of the Zionist regime on the Palestinian people through collective efforts among Muslim countries and making use of various international capacities,” Raisi said in a Monday phone call with his Turkish counterpart Recep Tayyip Erdogan.

He also extended his felicitations to the Turkish president and nation on the occasion of Eid al-Fitr and wished the best for the entire Muslim Ummah.

The Iranian chief executive further emphasized that the Islamic Republic’s policy is based on the promotion of inclusive relations with regional states, particularly Turkey.

Erdogan, for his part, said he is willing to pay a visit to Tehran and hold talks with Iranian officials on leading regional and international developments as well as ways to expand mutual relations, particularly in the trade sector.

The Turkish president also expressed hope that the great Eid al-Fitr would bring health, prosperity and happiness for all Muslim nations across the world.

In a Monday phone call with Qatar’s Emir Sheikh Tamim bin Hamad Al Thani, the Iranian president expressed hope that peace and security would be established across the Muslim world.

Raisi congratulated the Qatari Emir and people on the auspicious Eid al-Fitr occasion.

The presidents of Iran and Tajikistan on Sunday stressed the need for coordination between the two countries to ensure regional security.

The Iranian president emphasized the need to develop security coordination between the two countries and added, “Iran is concerned about security situation in the region, especially in Afghanistan.”

He hailed growing economic relations between the two countries and invited the Tajik president to visit Iran, which he said would play an effective role in improving bilateral and regional interactions.