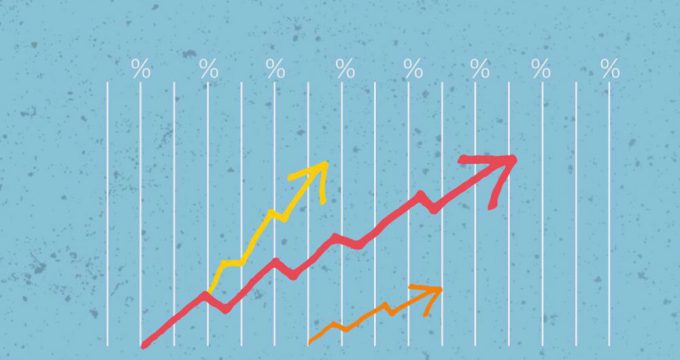 Figures by the Central Bank of Iran (CBI) show that the Iranian economy grew by 5.7% in the third quarter of the calendar year that ended late March.

CBI figures published on Saturday showed that Iran’s gross domestic product (GDP) had reached 3,510 trillion rials ($12.49 billion) in the quarter to December 21, up from 3,320 trillion rials reported in the same previous quarter.

The figures showed that Iran’s GDP without oil had increased by 5.8% year on year in the quarter to December to reach 3,187 trillion rials.

The petroleum sector had expanded by 5.4% over the same quarter to stand at 323 trillion rials, said the CBI.

Iran has reported increased sales of crude oil to Asian customers since late 2021 despite sanctions imposed by the US which ban any purchase of the Iranian oil.

The CBI report said that the Iranian agriculture sector had shrunk by 2.5% over the quarter to late December with a GDP of 307 trillion rials.

A sharper contraction was reported for the Iranian construction sector where the GDP dropped by 5.8% over the same quarter, said the bank.

The industries sector grew by 3.8% in general while manufacturing and mining activity rose by 6.5% over the period, showed the CBI figures.

The Iranian services sector continued to expand at a promising pace at 8.1% over the quarter to December as more easing of coronavirus restrictions allowed many firms to resume their activity.

CBI figures showed that the GDP reported in the services sector had risen to 1,996 trillion rials over the December quarter.