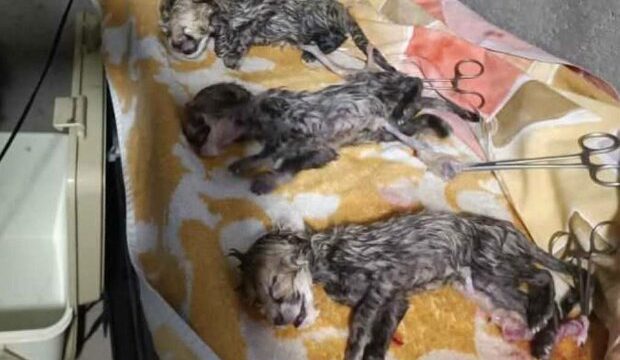 The Iranian cheetah named “Iran” gave birth to three cubs two years after she was released in natural habitat.

Head of Iran’s Department of Environment Ali Salajegheh said on Sunday that a veterinary team had been monitoring “Iran” for a week before they concluded that she had completed her pregnancy period.

The team took the cheetah to give birth by C-section in a field hospital because “Iran” couldn’t bear it naturally due to the specie’s physical condition, according to Salajegheh.

He also said that Iran and her cubs are in good condition and under special care.

This is the first Asiatic cheetah labor in captivity, the official said, expressing hope that the endangered species could be protected by keeping the cubs alive and increasing the population in captivity and then in a semi-captivity setting.

The number is a wakeup call for the cheetah species, Salajegheh noted, adding that Iran’s Department of Environment has planned to save the species with the help of three cheetahs Koushki (male) and Delbar and Iran (females).