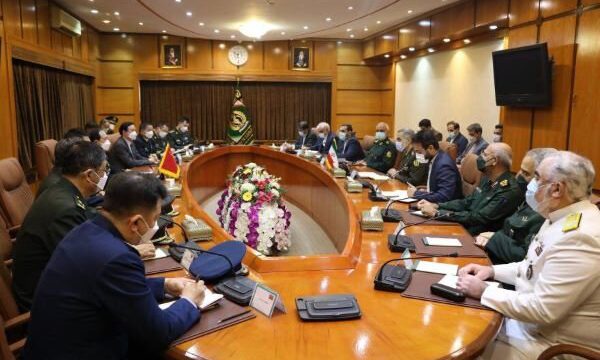 Critsizing that US unilateral actions have spread insecurity and instability around the world, Iranian and Chinese defense ministers called for developing bilateral cooperation for strengthening stability and security.

During the meeting, the two sides addressed various international developments as well as Americans’ unilateral moves and hegemony.

Referring to the policy of Iran in developing relations with neighboring and Asian countries, the Iranian mister said that holding such bilateral meetings will help to deepen relations between Iran and China and ultimately to maintain peace and security in the region and the world.

Saying that the formation of indigenous and endogenous security in the Persian Gulf region is the strategic policy of Iran, he stressed the need for holding security talks between the countries of the region.

Ashtiani also expressed concern over the escalation of security crises in the world, saying that these crises are rooted in the hegemonic policies of the West and the US.

Stressing the need to counter US hegemony in the world by strengthening multilateralism, he added that with the cooperation between independent countries, common security challenges and threats can be addressed.

History shows that the military presence of the US in any part of the world has brought nothing but a wave of insecurity, instability, war, destruction, and displacement in the world, he also pointed out.

Elsewhere, he spoke about the outstanding services of Iran in the fight against terrorism, hailing the constructive role of Lieutenant General Qasem Soleimani in this regard.

Chinese Defense Minister also hailed the historical background of Iran-China relations, emphasizing that boosting the level of strategic defense cooperation between the two countries is the purpose of his visit to Tehran.

Many of the world’s wars and insecurities are rooted in US hegemonic and unilateral actions, Wei Fenghe said, adding, “The cooperation of the Armed Forces of Iran and China will play an important role in thwarting such moves.”