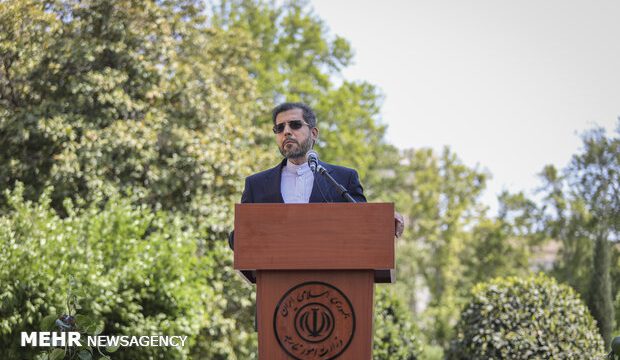 The Islamic Republic’s proposal for constructing a power plant in Lebanon is still on the table, Iranian Foreign Ministry Spokesman Saeed Khatibzadeh said.

In an interview with ILNA, Khatibzadeh said on Tuesday that internal developments in Lebanon are of great importance for the Islamic Republic and that Iran’s proposition for establishing power plant in the Arab country, which has been reiterated by FM Hossein Amirabdollahian, is still valid.
Khatibzadeh made the remarks when answering a question on validation of Iranian proposal amid power outage in Lebanon.
Iranian private sector in coordination with public sector is prepared to provide Lebanese people with electricity and resolve the blackout problem in Lebanon, the spokesman added.
Of course, Lebanese officials have welcomed the proposal, but they have done nothing tangible in this respect, he noted.
The problem of power outages in Lebanon is not complicated and it needs a routine decision-making at national level, Khatibzadeh said, adding that the Lebanese people are rich; so, they do not need daily aids from certain countries and they can stand on their own feet; however, the Islamic Republic is ready to stand with the honored people to solve the electricity problem.
Elsewhere in his remarks, Khatibzadeh referred to negotiations between Saudi Arabia and Iran, saying that the fifth round of talks have been positive, expressing hope that these negotiations can enhance security and stability regional countries.
The saying that talks between Saudi Arabia and Iran will help de-escalation in the region is naturally correct, he said, adding that both states are important countries in the Persian Gulf region, which have impacts on ultra-regional developments.
Iran’s foreign policy does not allow a third state to interfere in its bilateral ties, the spokesman said, noting that Lebanon-Iran relationship is independent from a third element.
Khatibzadeh did not confirm claims that say the issue of Yemen is a hurdle in Saudi-Iran talks, adding that Yemen is one of important issues in the region; so, it is normal that Riyadh and Tehran hold talks on regional topics.