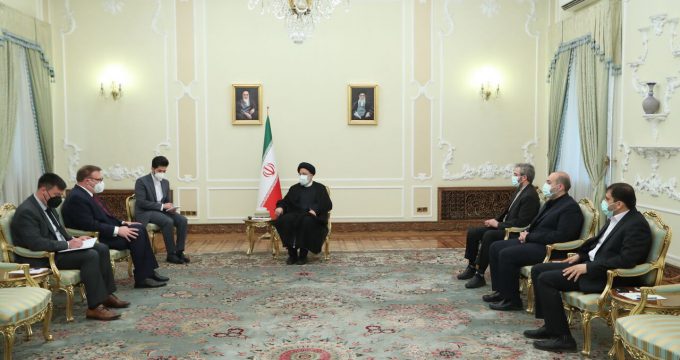 Iranian President Ebrahim Raisi said on Monday that Iran opposes clashes and the killing of innocent people anywhere in the world.

President Raisi made the remarks in a meeting while receiving the copy of credentials of the new accredited ambassador of Montenegro to Tehran Periša Kastratović.

Stating that Iran has always had friendly and expanding relations with countries in the Balkan region, including Montenegro, President Raisi said that the two states have good capacities to expand interactions and promote relations in various fields.

Describing the history of the war in the Balkans as a bitter experience for the region and the world, President Raisi emphasized that war is by no means a desirable event and opposing the war, as well as supporting peace, stability, and progress has always been the principled policy of the Islamic Republic of Iran.

The President noted that Iran opposes conflict and the killing of innocent people anywhere in the world.

Pointing to the friendly and expanding history of relations between the two countries, Periša Kastratović, for his part, expressed hope to strengthen the mechanisms for the development of bilateral relations between Iran and Montenegro.