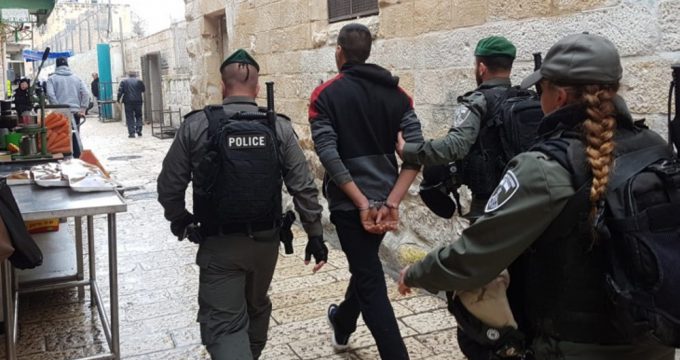 Amir-Abdollahian made the remarks in a Thursday phone call with his Syrian counterpart, Faisal Mikdad.

Iran’s foreign minister vehemently condemned desecration of al-Aqsa Mosque by the Zionist regime, saying, “We are witnessing Zionists crimes at al-Aqsa Mosque on a daily basis.”

Amir-Abdollahian expressed hope that on the occasion of International Quds Day, which will be marked on the last Friday of the fasting month of Ramadan, Islamic governments and parliaments as well as all Muslim nations will send a powerful message in defense of Palestine and the holy al-Quds and to condemn Zionists’ acts of aggression.

The Syrian foreign minister, for his part, strongly condemned the Israeli crimes in the Palestinian territories and the desecration of al-Aqsa Mosque, and praised the role and principled stance of the Iranian leadership as well as the government and people of Iran in supporting the Palestinian resistance.

Tensions between the Palestinians and Israelis have witnessed a sharp rise since the start of Ramadan, as Israeli forces have stepped up raids of al-Aqsa Mosque, assaulting Muslim worshipers inside prayer halls and providing protection to the Israeli settlers desecrating Islam’s third holiest site.

The Israeli crimes have sparked widespread condemnation from Muslim countries as well as warnings for an outbreak of a new war with Gaza.

Back in May last year, frequent acts of violence against Palestinian worshipers at al-Aqsa Mosque led to an 11-day war between Palestinian resistance groups in the besieged Gaza Strip and the Israeli regime, during which the regime killed at least 260 Palestinians, including 66 children.

FM: Iran, US continue to exchange messages through EU

Explaining on the situation of the negotiations in the Austrian capital to revive the 2015 landmark deal, officially known as the Joint Comprehensive Plan of Action (JCPOA), Iran’s top diplomat said the diplomatic path is working suitably and we have not drifted away from a good and lasting agreement.

“We continue to exchange messages with Americans through the European Union. In doing so, we have reiterated time and again that the Islamic Republic of Iran doesn’t care for excessive demands [put forth by the US], nor will it back down on its red lines,” Iran’s foreign minister said.

“The path of diplomacy works efficiently and we are not far from reaching a good and lasting agreement,” Amir-Abdollahian added.

Over the past several months, Iran and the remaining parties to the JCPOA have been in talks in Vienna, Austria, over revival of the agreement. The two sides say an agreement is close at hand in Vienna, with only a few outstanding issues remained to be solved.

Iran has cited Washington’s indecisiveness as the reason behind the protraction of the talks, as a number of key issues remain unresolved, ranging from the removal of all post-JCPOA sanctions to the provision of guarantees by the American side that it will not leave the deal again.

Tehran has repeatedly said it will never give up its red lines and nuclear rights in the talks.