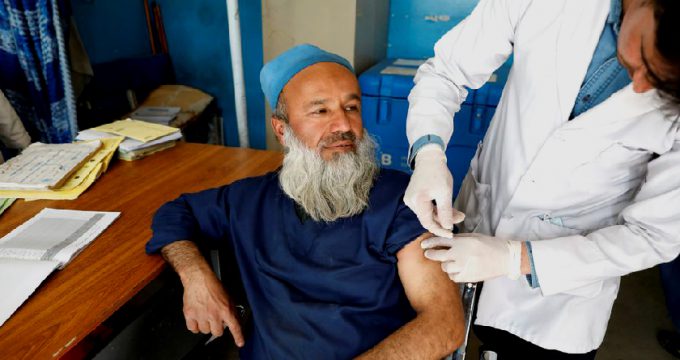 Iran’s health minister says all Afghan citizens living in Iran have benefited from the free vaccination program against COVID-19.

Bahram Einollahi, the Iranian minister of health, added: “Since the beginning of COVID-19, the Islamic Republic of Iran, has not imposed any restrictions on the referral and treatment of Afghan citizens in medical centers throughout Iran.”

Einollahi said: “A large number of Afghan patients have been admitted to medical centers and hospitals in Iran free of charge or at least free of charge, and all Afghans have benefited from the National Vaccination Program of the Islamic Republic of Iran against COVID-19.”

The Iranian minister of health also condemned the recent sedition in the massacre of Shiites in the Seh Dokan mosque in Mazar-e-Sharif and the students of the “Abdul Rahim Shahid” school in Kabul, adding: “Afghanistan has used and created unpleasant events to grieve the hearts of Muslim brothers and sisters, especially during the holy month of Ramadan.

Einollahi lamented the recent bitter incidents against Muslims, especially Shiites, and the deliberate and targeted seditions of the enemies, stating: Iran is ready for any humanitarian health aid to the people of Afghanistan’s friends and brothers.

Dozens of worshipers were martyred and wounded yesterday (Thursday) in a bomb blast at the Seh Dokan Mosque, the largest and oldest Shiite mosque in Mazar-e-Sharif, the capital of Balkh province in northern Afghanistan.

In addition to the blasts in Mazar-e-Sharif, three provinces of Kabul, Nangarhar, and Kunduz in Afghanistan also witnessed bloody explosions.