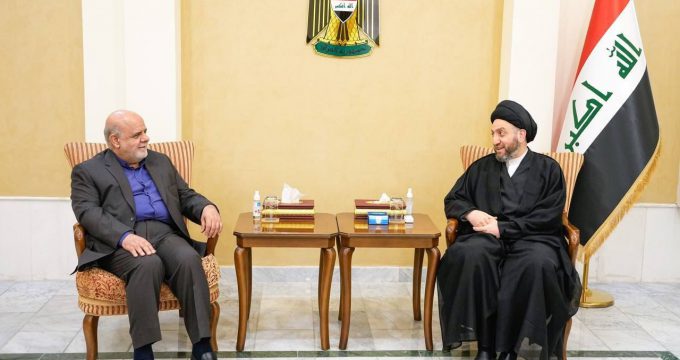 The farewell meeting took place at the office of Hakim in the Iraqi capital Baghdad.

The two sides discussed regional issues, as well as Iraq’s political developments, among other topics.

Hakim said that if different parties show flexibility and reduce their demands, the current political standoff in Iraq will be resolved.

He also said that Daesh remains a security threat and stressed the need for cooperation among all groups on fighting the terrorist group.

The senior Iraqi cleric and the Iranian ambassador also discussed ties between their countries.

Masjedi began his diplomatic mission as Iran’s ambassador in Iraq in March 2017.

He will be replaced by Mohammad Kazem Al-Sadeq.