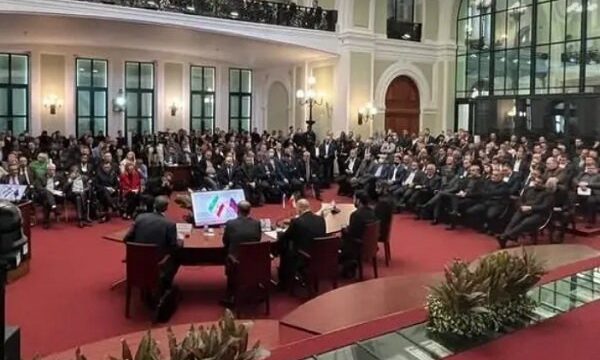 Alireza Peyman-Pak, Head of Trade Promotion Organization of Iran (TPOI) said Monday that Iran’s recent trade conference in Moscow was successful and coordination was made with Moscow to ensure food security.

“We predict that the Ukraine conflict will last and that sanctions will continue to be imposed on Russia. Therefore, the issue of food security, supply of oil, wheat and barley was prioritized, and in this regard, a long-term agreement for the supply of these items was put on the agenda, and necessary measures have been taken in coordination with Russia in this regard,” Alireza Peyman-Pak told reporters on Monday.

The TOPI head also pointed to a recent Moscow-hosted trade conference between Iran and Russia and said, “The visit of the Iranian delegation to Russia is considered successful. About 40 meetings were held during this event and free trade agreements were signed with 6 Eurasian member states.”

He added, “After the agreement with the Russian side, the customs of the strategic port of Makhachkala was reopened, which will have significant benefits for the exports to Russia.”

The head of the Trade Development Organization also noted that the country’s exports grew by $ 13 billion last year, adding, “We are trying to control fluctuations in the export sector so that the presence in the target markets would be long-term.”

Peyman-Pak added that a bilateral agreement between Iran and Azerbaijan will be signed soon.