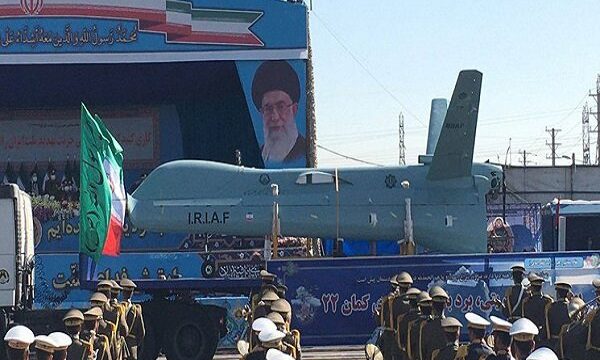 President Raisi: Armed forces to target ‘center’ of Israel if it acts against Iran

President Ebrahim Raisi says Iran’s armed forces are monitoring Israel, warning that they will target the regime’s “center” if it makes the slightest move against the Iranian nation.

“The message to the Zionist regime is that if you seek to normalize relations with the countries of the region, you should know that your slightest move is not hidden from the eyes of our armed forces and our intelligence and security forces,” the president said Monday.

He issued the warning during a parade held in front of the mausoleum of Imam Khomeinei, the founding father of the Islamic Republic, outside Tehran to mark Iran’s Army Day.

The parade featured the latest radar and missile systems, as well as drones, tanks and other domestic military hardware.

President Raisi said the armed forces of the Islamic Republic have many capabilities, the most central of which is their sincere and devout members who are ready to face danger for the sake of the country.

“Today, our military capabilities are well-known not only in the region but also in the world,” the president said, stressing that the most important component of power in Iran is the country’s revolutionary people.

“The Army is in the hearts of the people, and under the command of the Commander-in-Chief, it is ready to carry out missions, and this readiness is a great achievement for our country.”

Raisi said the Army took advantage of the most draconian sanctions on Iran to empower itself.

“Today, our military industry is in the best condition, so we must use it in other industries of the country,” he said.

“What the White House spokesman told the world was that they have suffered a disgraceful defeat in their sanctions and maximum pressure on Iran, and that this is the fate of those who want to fall out with the Islamic system,” the president added.

In January, US State Department spokesman Ned Price stated that the “maximum pressure” campaign against Iran, initiated by the Trump administration and maintained by the Biden administration, has been an “abject failure”.

“The message of the prowess, power, strength and endurance of the Iranian armed forces to all the deprived and oppressed of the world is that today our armed forces are their source of hope, because supporting the world’s oppressed is one of the principles of the Islamic Republic of Iran’s policy,” Raisi said.