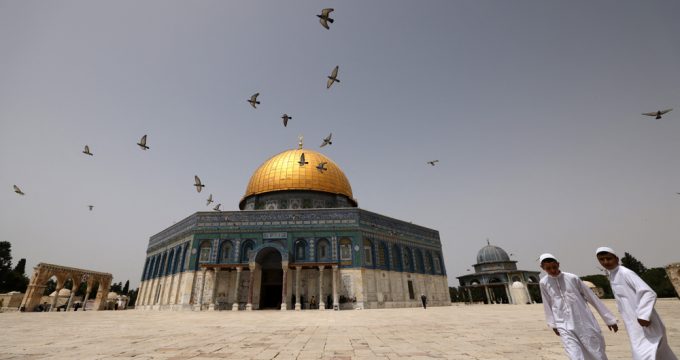 Ayatollah Khamenei’s advisor to Haniyeh: You are role model for Muslim world

A senior advisor to Leader of the Islamic Revolution Ayatollah Seyyed Ali Khamenei has lauded the recent achievements of Palestinian resistance groups, emphasizing Iran’s support for the people of Palestine.

Ali Akbar Velayati made the remarks in a Sunday phone call with Ismail Haniyeh, who heads the political office of the Gaza-based Palestinian Islamic Resistance Movement, Hamas.

“We follow your great victories and achievements and what you do is a cause of honor for the [anti-Israel] resistance [front],” Velayati told Haniyeh.

He added, “You are a role model for the Muslim world.”

Haniyeh, for his part, said Iran was a strategic support base for the people of Palestine and the resistance.

“Our people and resistance are in good shape and we will continue to defend al-Aqsa [Mosque],” Haniyeh said.

The phone call came amid the escalation of Israel’s violent attacks against the Palestinian people and holy sites across the occupied territories, especially al-Aqsa Mosque in the East al-Quds.

Since the beginning of the Muslim holy fasting month of Ramadan, the occupied West Bank has witnessed an escalation of Israeli violence, with over two dozen Palestinians having been killed and many more injured at the hands of the regime’s troops.

The uptick in the Israeli killing and repression of Palestinians has been green-lit by Israeli Prime Minister Naftali Bennett, who granted full freedom of action to Israeli forces earlier this month to intensify their brutal raids against Palestinians.

In the latest act of provocation against the al-Aqsa Mosque compound in the occupied Old City of al-Quds, at least 19 Palestinians were injured in clashes on Sunday as Israeli settlers stormed the sacred site under the protection of Israeli military forces.

On Saturday morning, the Israeli forces’ aggression extended inside al-Aqsa Mosque, as they stormed the mosque’s courtyards and attacked worshipers, injuring more than 150 Palestinians and arresting 400 others.

Last May, similar atrocities led to a war between the Israeli military and the Gaza-based resistance groups, which rose up in protest against the Israeli violence.

In a press statement on Sunday, the spokesman for the Palestine National Liberation Movement (Fatah), Jamal Nazzal, said Israel had for long prepared for the assault on al-Aqsa Mosque.

He said the Israeli violence against the Palestinians in al-Quds is likely to destabilize the whole region and beyond, adding, “Israel’s violent actions against our civilians are part of a plan and not a reaction to anything Palestinians were doing in the early morning of last Friday.”
By PRESS TV
al-Quds, Iran’s support for Palestinian resistance, Palestinian Islamic Resistance Movement April 18, 2022
President Raisi: Armed forces to target ‘center’ of Israel if it acts against Iran
Iraq to dispatch a delegation to Tehran to discuss gas supply