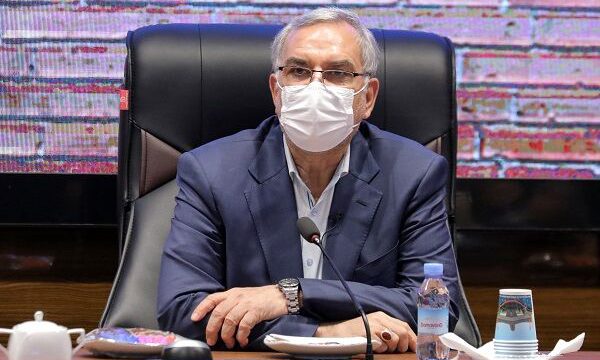 Iranian Health Minister Bahram Einollahi underlined that Iran has been recognized as one of top 10 countries in terms of fighting coronavirus.

In a Tuesday parliament session, Einollahi answered questions by legislators, noting that he travelled to 41 provinces throughout the Islamic country and found out that as a result of all-out efforts made by the President Ebrahim Raisi’s administration concerning healthcare, the death toll has dropped significantly in recent months.

At the beginning of the administration tenure, many patients were hospitalized and the number of daily fatalities stood at 700, when people were urged to observe health protocols and restrictions, and the country was suffering from vaccine shortage to contain coronavirus, but efforts by people, the parliament and administration bore fruit and Iran is known as one of the first 10 leading states in fighting the virus.

He also pointed to consent expressed by Supreme Leader Ayatollah Seyyed Ali Khamenei in his New Year speech, when the Leader lauded the success in containing COVID-19 in Iran, adding that Iranians have started a joyful New Year and travelled to different parts of the country because of the good management in facing the disease, while the daily fatalities in the US and Europe are 2,000 to 3,000 people.

Businesses and schools have reopened following permission by the National Headquarters for Corona Disease Management, the health minister went on to say.

Elsewhere in his remarks, Einollahi pointed to efforts made by his ministry to provide people  from all walks of life with medical care and equipment throughout the country, noting that the administration gives importance to improve health conditions in remote and poor areas.

Iran’s Parliament Speaker Mohammad-Baqer Qalibaf, for his part, urged the health minister to improve the situation of health insurances, saying that around 7 million people are not provided with such insurances.