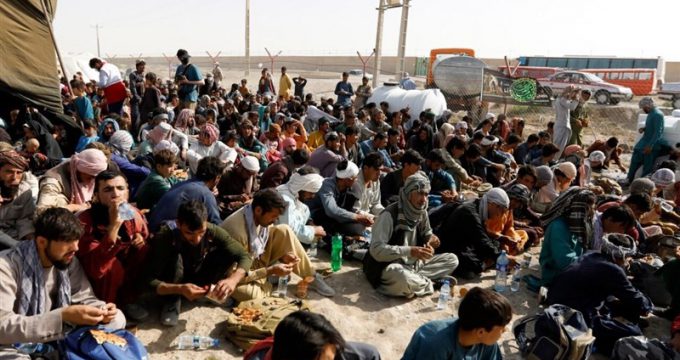 The influx of Afghan refugees to Iran cannot continue considering the country’s limited capacities, the spokesperson for the Iranian Foreign Ministry said, calling on the Taliban to exercise responsibility.

In comments at a weekly press conference on Monday, Saeed Khatibzadeh pointed to a new wave of Afghan refugees that Iran has begun to absorb in recent months.

He said the Taliban, as the caretaker governing body in Afghanistan, must exercise responsibility in this regard.

“The wave of the (Afghan) displaced persons cannot continue and the burden of responsibility cannot fall on a single neighbor. No matter how much effort Iran makes, our capacities are limited,” the spokesman added.

He pointed to the generous hospitality that Iran has provided for the Afghan refugees for more than four decades, saying the Afghan nationals have enjoyed the same subsidies and services that Iranian citizens have received.

Denouncing the attempts to devalue Iran’s assistance and foment a wave of phobia about Iran in Afghanistan, Khatibzadeh said the virtual space has been employed to distort the realities.

He also deplored the mischievous moves inside Iran with the purpose of inciting phobia about Afghans, stressing that the Iranian and Afghan nations are close friends.

Following a fatal stabbing attack by a foreign assailant in Iran’s northeastern city of Mashhad, Iranian President Ebrahim Raisi cautioned that the colonial outsiders are resorting to ethnic and religious issues to incite division between neighbors.

In comments on Thursday, Iran’s Interior Minister Ahmad Vahidi described the stabbing attack as a terrorist action to which the enemy has resorted to foment religious division between friendly nations, stressing that the unity between Iran and Afghanistan won’t be harmed by such moves.