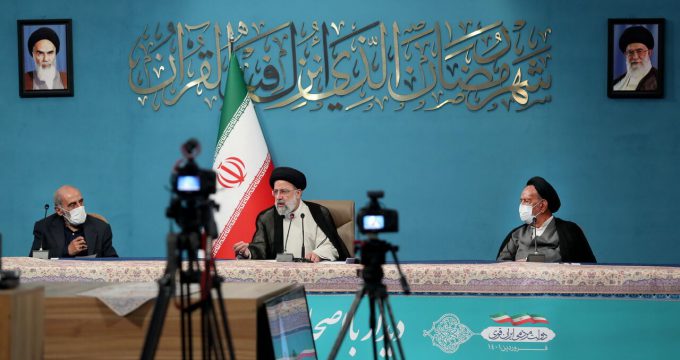 Iranian President Ebrahim Raisi said that the issue of nuclear talks is not the only one in the country’s foreign policy.

The issue of the nuclear talks is only one of the issues of the country’s foreign policy not all of it, President Raisi said in a meeting held in Tehran on Sunday evening with media members and directors.

As reiterated already, “our strategy” for nuclear talks is just the one stressed by Supreme Leader of the Islamic Revolution Ayatollah Seyyed Ali Khamenei, the president noted.

Turning to the role of media, Raisi said that they should be a bridge between people and government through releasing honest and fair information.

He went on to say that media can play an effective role in the society to foil plots of the enemies who want to make people feel disappointed and hopeless.

Iran is after removal of the sanctions; meanwhile, the country should not be dependent on the Vienna talks, Iranian Foreign Minister Hossein Amirabdollahian quoted President Raisi as saying once.