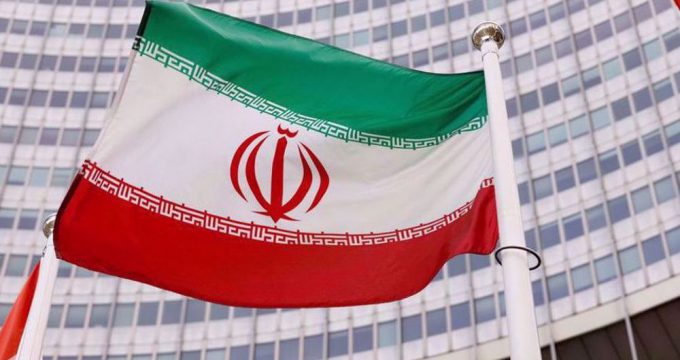 A senior Iranian diplomat says some foreign media claims about the latest report by the International Atomic Energy Agency (IAEA) on the verification of the implementation of the 2015 Iran deal are “inaccurate, incorrect and biased.”

Speaking to reporters on Wednesday, Iran’s acting ambassador to the IAEA Mohammad Reza Ghaebi said the report was only a technical update presented by the agency’s director-general on monitoring the implementation of the multilateral deal, officially known as the Joint Comprehensive Plan of Action (JCPOA), in accordance with UN Security Council Resolution 2231, which endorses it.

He said the report was drawn up to inform the agency’s members about the latest developments and new technical information on Iran’s nuclear activities.

Summarizing a confidential report to the IAEA member states, Reuters said on Wednesday that Iran has moved all its machines that make centrifuge parts from its mothballed workshop at Karaj to its sprawling Natanz site, just six weeks after it set up another site at Isfahan to make the same parts.

The report added that on April 4, “agency inspectors verified that these machines remained under agency seal at this location in Natanz and, therefore, were not operating.”

“Without access to the data and recordings collected by these cameras, the agency is unable to confirm whether the production of centrifuge components at the workshop in Esfahan has begun,” the report to IAEA member states said.

Ghaebi clarified that the IAEA would have no access to the data recorded on the memory of the cameras installed at the Isfahan facility only until the Iran deal was back on track.

“That is why the agency has announced that it was unable to confirm whether or not the manufacturing of spare parts for centrifuges has begun in Isfahan,” the official added.

Ghaebi said Iran informed the IAEA on April 4 that all the machines for production had been transferred from Karaj to Natanz, letting the inspectors verify, on the same day, that the machines were not operating.

In a statement on January 31, the IAEA said Iran has informed the world body that it will move the production of centrifuge rotor tubes and bellows from TESA Karaj Complex to the central city of Isfahan.

The IAEA confirmed that Iran has informed the agency that it can adjust its surveillance and monitoring measures accordingly, noting that the production of centrifuge rotor tubes and bellows at TESA Karaj Complex has been ceased.

The IAEA inspectors had installed surveillance cameras in a new workshop in Isfahan on January 24 to ensure the machines intended for the production of centrifuge rotor tubes and bellows were under monitoring but the production of the parts there had not started then.

Under a law passed by the Iranian Parliament in December 2020, the Atomic Energy Organization of Iran (AEOI) was tasked with restricting the IAEA’s inspections and accelerating the development of the country’s nuclear program beyond the limits set by the 2015 Iran nuclear agreement.

The law, dubbed the Strategic Action Plan to Counter Sanctions, halted all inspections of Iran nuclear facilities beyond the Safeguards Agreement, in a move – as the name suggests – to push the US to remove its sanctions.

While adhering to the law, the AEOI has continued its constructive cooperation with the IAEA throughout 2021, under both Hassan Rouhani’s and Ebrahim Raisi’s administrations.