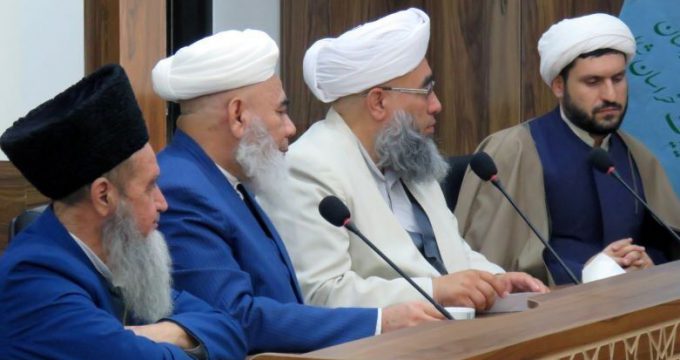 Sunni scholars in different provinces of Iran issued separate statements on Wednesday condemning the knife attack in Imam Reza’s Holy Shrine which led to the killing of a Shia religious scholar.

Sunni scholars from Iran’s Sunni-populated regions, including North Khorasan, Sistan and Baluchestan, and Kermanshah provinces, condemned desanctifying Imam Reza’s Holy Shrine in Mashhad in the assault that led to the killing of a Shia scholar and wounding of two others.

The statement by Sunni scholars of North Khorasan Province related the incident to the United States, the Israeli regime, and Takifir groups in the region whose plans have been foiled in Syria and Iraq by former IRGC Qods Force commander martyr General Qasem Soleimani.

Mamusta Abdurrahman Moradi, Friday Prayer Imam of Kermanshah, too, expressed regret over the reports on the knife assault in Imam Reza’s Holy Shrine that broke the hearts Iranians and the Muslim Ummah.

He said that the enemies of Islam have always targeted clerics as these scholars have been the pioneers of fighting against the wrong.

Also, Sunni scholars, Friday Prayer Imams and Imams of mosques in Bushehr Province in southern Iran condemned the incident in a separate statement.

A foreign national on Tuesday attacked three Iranian Shia scholars with a knife in the Holy Shrine of Imam Reza in Mashhad city, northeastern Iran.

One of the victims died of injuries in the attack scene and the two others were moved to hospital and are under treatment.

Iran’s Government spokesman Ali Bahadori Jahromi on Wednesday called for immediate, decisive punishment of the attacker and said that this was a public demand.