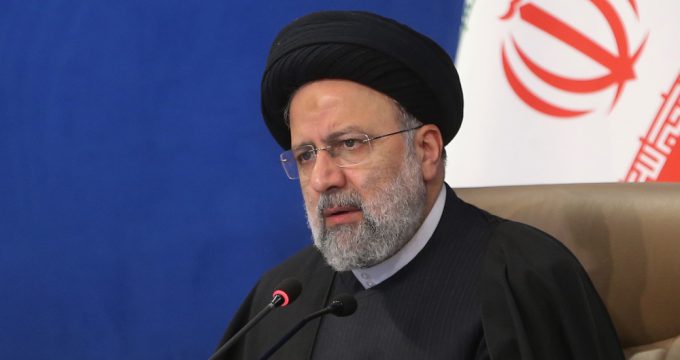 The Iranian President instructed the Ministry of Intelligence to cooperate with all institutions to quickly identify and prosecute all the perpetrators of Tuesday’s incident in Mashhad and inform the public about the result.

In a message condemning yesterday’s incident in the holy shrine of Imam Reza (AS) and condoling the martyrdom of Hojjatoleslam Aslani, Iranian President Ebrahim Raisi offered his condolences to the families of the victims and urged the Iranian Ministry of Intelligence to identify and prosecute the perpetrators in the shortest time possible.

The President’s message is as follows:

“Yesterday’s incident happened at the holy shrine of Imam Reza (AS), which is the sanctuary of all freedom-seeking people around the world regardless of their religion, which led to the martyrdom of Hojjatoleslam Aslani and the injury of two other jihadist students caused great grief.

He was one of the jihadist preachers of pure Islam, whose work was closely witnessed by the Shiites and Sunnis on the outskirts of the holy city of Mashhad.

Certainly, this unfortunate incident, which was carried out by one of the deviant elements and under the influence of the American takfiri groups, will cause more unity and cohesion among those interested in Islam and Islamic Iran and will lead to the disgrace of deviant currents.

The Ministry of Intelligence, in cooperation with all institutions, is obliged to immediately identify and prosecute all the perpetrators of this incident and to inform the public about the result.

I offer my condolences on the martyrdom of the great martyr, his companions and friends, and the seminary of Khorasan, and I pray to God Almighty for him and wish swift recovery for the other two injured in this incident.”