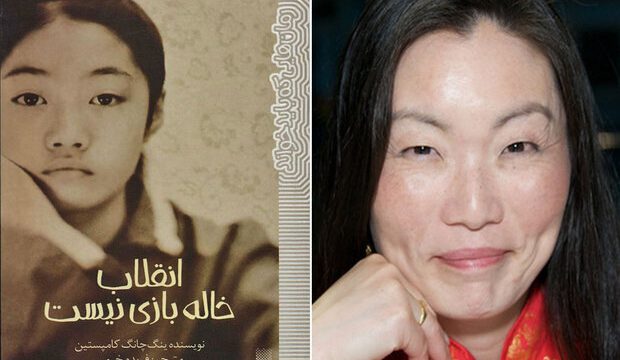 “Revolution Is Not a Dinner Party” published in Persian

Chinese-American author Ying Chang Compestine’s novel “Revolution Is Not a Dinner Party” has been published in Persian.

Translated by Farideh Khorrami, the 2007 book has been published by Peydayesh.

In this novel, nine-year-old Ling is very comfortable in her life; her parents are both dedicated surgeons in the best hospital in Wuhan.

But when Comrade Li, one of Mao’s political officers, moves into a room in their apartment, Ling begins to witness the gradual disintegration of her world.

In an atmosphere of increasing mistrust, Ling fears for the safety of her neighbors and, soon, for herself and family. Over the course of four years, Ling manages to grow and blossom, even as she suffers more horrors than many people face in a lifetime.

Compestine, who is also a television host and chef, has written “Revolution Is Not a Dinner Party” based on her life growing up during the Chinese Cultural Revolution.

The book has been featured on several lists, such as the 2008 American Library Association’s (ALA) Best Books for Young Readers, and Publishers Weekly’s best children’s books for 2007.

Compestine was born and raised in Wuhan, China. Her family was considered “bourgeois”, so the Red Guard took her family’s belongings and her father was put in jail twice. Because of the family’s difficulties, Compestine was sent to live with her grandparents.

She earned a degree in English and American literature and taught English in China. She also worked as an interpreter for China’s Bureau of Seismology.

Compestine graduated with a master’s degree in Sociology from the University of Colorado, Boulder in 1990. She met her husband just before she finished graduate school.

After immigrating to the United States, Compestine taught sociology and writing at universities in both the U.S. and China.

She has hosted several cooking shows on the Chinese Language News Broadcaster for Phoenix North America Chinese Channel, as well as appearing as a guest on the Food Network, Discovery Channel and HGTV.