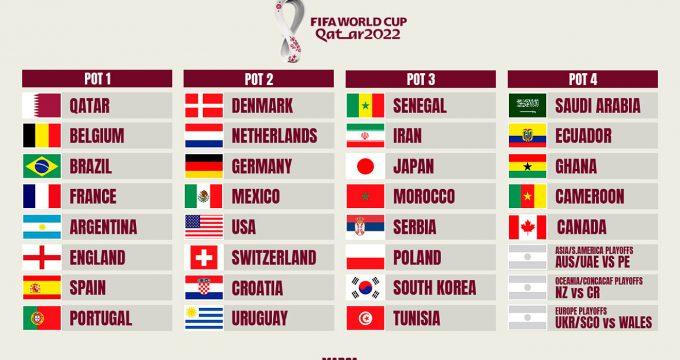 2022 World Cup: Iran drawn with England, US in Group B

The draw for the 2022 FIFA World Cup has been made in Doha, and Iran have joined England and the US in an interesting group, not just for footballing reasons.

In a ceremony with Iran’s all-time leading scorer Ali Daei being among the draw assistants, Team-Melli were pitted as the 3rd seed in Group B, alongside England, the United States and the final European playoff winner, which will be filled by either Ukraine, Scotland or Wales later in June.

The Iranian Cheetahs will begin their quest against England on the opening day of the World Cup on November 21st. This will be Iran’s 6th appearance at football’s biggest stage.