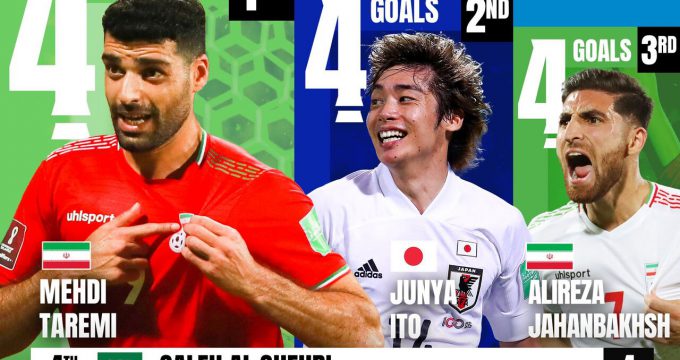 The Asian Football Confederation (AFC) has named Iranian striker Mehdi Taremi as the top scorer in the 2022 Asian Qualifiers.

The Iranian national football team with 25 points ranked first in Group A of the final stage of the 2022 Qatar World Cup qualifiers and booked ticket to participate in the flagship international event.

Taremi received the title for his four goals and two assists.

Junya Ito from South Korea and Alireza Jahanbakhsh from Iran stood on the second and the third positions respectively.

The AFC in a Twitter message asked its followers to choose the most impressive striker during the Asian Qualifiers.