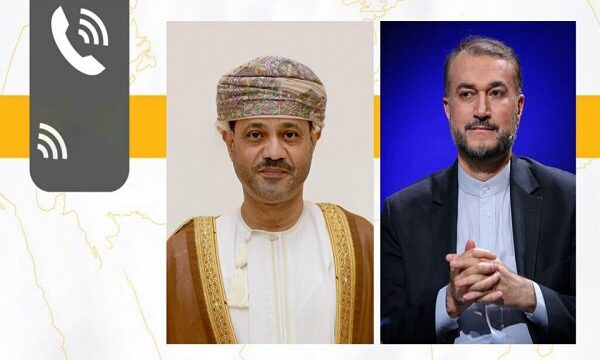 In the phone call with his Iranian counterpart, Omani Foreign Minister bin Hamad Al-Busaidi expressed hope that the final stapes will be taken in the Vienna talks as soon as possible.

During the phone conversation which was held on Saturday evening, Amir-Abdollahian referred to the close ties between Tehran and Muscat, expressing hope that the relations will be further expanded.

The top Iranian diplomat also thanked the Sultanate of Oman for its constructive and appreciable efforts to settle some issues including the cases of security prisoners.

The Omani foreign minister also expressed pleasure at Amir-Abdollahian’s comments and thanked him over the issues under discussion.

Al-Busaidi underlined the continuation of ties and close contacts between the two countries and voiced hope that the final stapes will be taken in the Vienna talks as soon as possible.