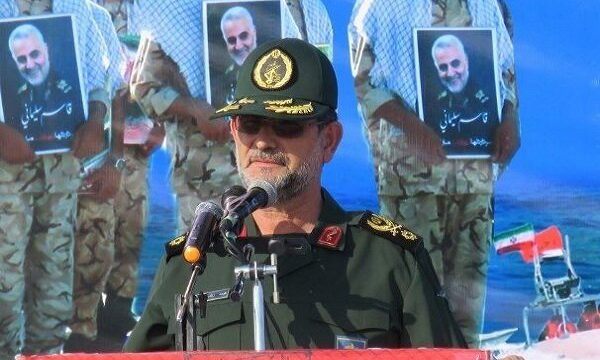 Saying that sustainable security in the Persian Gulf and the Strait of Hormuz is IRGC’s red line, the Commander of the IRGC Navy Force added that the country will not tolerate any foreign interventions in this regard.

“We have always reiterated that the security of the Persian Gulf is the responsibility of the regional countries,” said Rear Admiral Alireza Tangsiri on Friday, adding that foreigners must leave the region as soon as possible.

The unity among the Islamic countries of the region shows stability and lasting security, and its security is a red line for us. And in order to establish security in the Persian Gulf and the Strait of Hormuz, the IRGC does not tolerate any foreign interventions, the commander noted.

He also referred to a ceremony in which some specialized floating, missile, and subsurface defense equipment with new capabilities and operational features joined IRGC Naval Combat Organization, saying that with these types of equipment, the dominance of IRGC’s navy on the Persian Gulf, the Strait of Hormuz, and the northern Indian Ocean have increased.