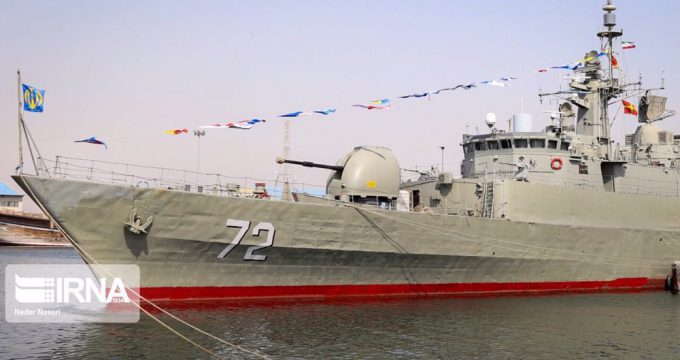 A flotilla of Iranian warships has left the country’s southern port city of Bandar Abbas for high seas on a routine mission to maintain the Islamic Republic’s sway in international waters, not least the Gulf of Aden.

The 81st naval fleet, comprised of the Alborz destroyer and a logistic ship, left Bandar Abbas on Friday, following a see-off ceremony attended by the Navy’s Rear Admiral Shahram Irani.

The mission aims to equally protect the Islamic Republic’s interests and provide security for merchant vessels and tankers in the region.

The Iranian naval forces succeeded in escorting 10,000 commercial ships to ensure their safe passage during the eight years of the Sacred Defense (1980-88). And over the past 12 years, the forces have thwarted numerous pirate attacks.

Iran has repeatedly assured other countries that its military might poses no threat to them, insisting that its defense doctrine is entirely based on deterrence.