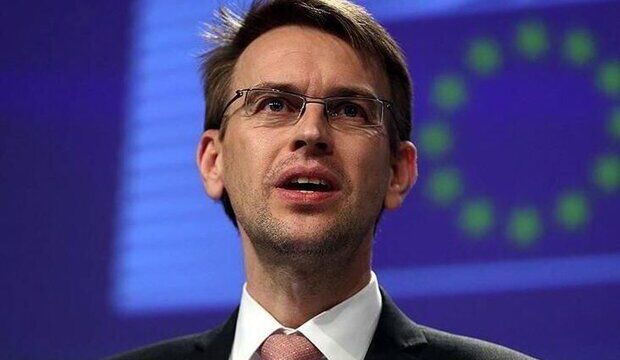 A European Union (EU) foreign policy official has voiced optimistic about the results of Iran’s nuclear talks in Vienna and said efforts are still on to have a successful negotiations.

Peter Stano told reporters in Brussels on Friday that the High Representative of the European Union for Foreign Affairs and Security Josep Borrell who coordinates the talks on the Joint Comprehensive Plan of Actions (JCPOA) in Vienna is investing much time and energy to ensure the full implementation of the agreement .

He said the EU is still pessimistic about the result of talks, hence it keeps making efforts.

He said they would have stopped their attempts, had they abandoned their hopes.

Last Friday, he added, a halt was called in the talks because transparency was needed about a number of issues which were not very relevant to the talks and were considered as external factors

So now attempts are still underway with an optimistic attitude till they get to a positive point.

As the coordinator of negotiations, the EU is working with all parties to ensure a good agreement, he noted.

Director General of the International Atomic Energy Agency (IAEA) Rafael Grossi, too, had already declared that achieving an agreement with Iran in the Vienna talks is about to happen.

Grossi said he thinks there have been a problem in recent days, which came out because of restrictions and sanctions imposed due to the situation in Ukraine; so, as a result of the new sanctions some issues discussed in the Vienna talks for revival of the 2015 nuclear deal remained shrouded in ambiguity.

The director general went on to say that the Joint Comprehensive Plan of Action (JCPOA) is a complicated tool, which has imposed a set of restrictions on Iran, while providing Tehran with some incentives, technical cooperation and projects.

Of course, these collaborations are being carried out under the supervision of the IAEA, including trade activities such as purchasing equipment from countries like China and Russia, he said, adding that this part of agreement was shrouded in ambiguity suddenly; so, it caused an hiatus in the Vienna talks and negotiators returned to their capitals for more consultations.

He further expressed satisfaction with comments made by Russian Foreign Minister Sergei Lavrov on receiving written guarantees from the United States, hoping that an agreement would be imminent.

Lavrov said in a joint press conference with his Iranian counterpart Hossein Amirabdollahian in Moscow on Tuesday that Russia has got written guarantees and that such assurances have been mentioned in the text of an agreement to revive the JCPOA.

Mikhail Ulyanov, Russia’s permanent representative to international organizations in Vienna, twitted on Tuesday: ” We observe a lot of speculations regarding “last-minute Russia’s demands at the final stage of the #ViennaTalks”which allegedly block the agreement on restoration of #JCPOA”. This is a lie, as I tweeted a number of times over the last week. Some demands were accepted, by the way.”

The talks in Vienna, Austria, to revive the JCPOA and lift anti-Iran sanctions entered a phase of pause at the suggestion of Josep Borrell, High Representative of the European Union for Foreign Affairs and Security Policy, on Friday.

Iranian Foreign Ministry Spokesman Saeed Khatibzadeh said on Monday that the negotiators’ return to their capitals is a short interval, noting that some observers described the situation as the end of negotiations, but the pause has happened at the suggestion of the EU’s coordinator of the JCPOA.

Khatibzadeh added that there are outstanding issues, which should be decided in Washington.

Delegations from Iran, the European Union and the P4+1 group (Britain, France, Russia, China plus Germany) have held eight rounds of talks in Vienna to decide possible return of the US to the nuclear deal and removal of anti-Iran sanctions.