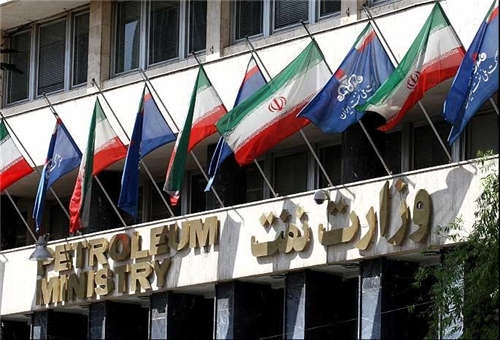 Oil Minister Javad Owji says Iran has managed to increase its oil sales and receive all the revenues despite intensified pressure from Washington to halt the sales by trying to seize Iranian oil tankers.

Speaking in an interview with Fars news agency published on Friday, Owji said the administration of President Ebrahim Raeisi has used everything at its disposal to export Iranian oil and increase the country’s oil sales despite gloomy predictions made by former oil minister Bijan Zanganeh.

He rejected claims that the Biden administration has eased the pressure of sanctions on Iran, saying that on the contrary, the US has grown more aggressive.

“Not only has the enemy not eased its sanctions, but it has also made them worse by going after Iranian ships and trying to capture our ships in order to prevent a jump in Iran’s oil exports,” he stated.

Owji recalled he had told IRGC spokesman Ramezan Sharif that as the  Ministry of Petroleum is focused on producing and selling the country’s oil, the IRGC should take on the task of providing security for the shipments.

“In only one or two cases the Americans’ acts of aggression against the ships carrying Iranian oil were covered by the media, but several other cases were not. Fortunately, the armed forces, especially the IRGC Navy, did not allow the enemy to succeed,” he said.

“We took oil to the places the Americans cannot even think of,” he added.

Last year, the IRGC Navy released a video showing Iranian forces landing on the deck of a tanker that had seized an Iranian oil shipment in an “act of piracy”. They then navigated the vessel toward Iranian waters.

The incident took place on October 25, in the midst of negotiations in Vienna to remove Washington’s anti-Iran sanctions and bring the US into full compliance with the 2015 Iran deal.

The US left the deal in 2018 in pursuit of a confrontation policy against Iran that it described as the “maximum pressure” campaign.

Owji further explained that since the inauguration of the Raeisi administration in mid-2021, both the volume of Iran’s oil production and the revenues collected have increased remarkably.

Tehran is now receiving all the revenues from its oil sales, showing an increase of 2.5 percent compared to last year, he stated.