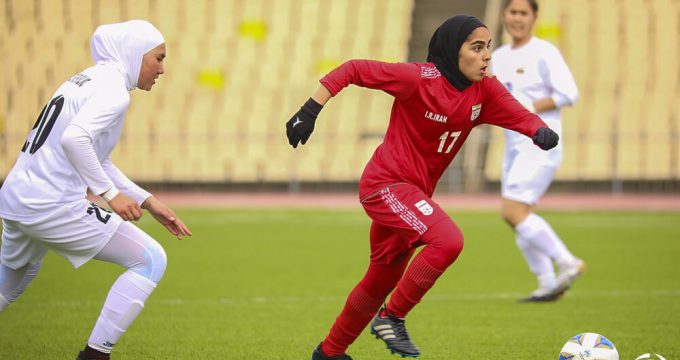 Iran defeated Kyrgyz Republic 2-1 to win the title of the CAFA U18 Women’s Championship on Tuesday.

Nursuluu Murzakulova scored for Kyrgyz Republic in the 27th minute but Elahe Afshardoost leveled the score in the 55th minute. Iran captain Negin Zandi scored the winner on the hour mark.

Iran started the competition on Friday with a 1-0 win over Uzbekistan and also defeated Tajikistan 11-0 in their second match on Sunday.

Four Central Asian teams took their first preparatory steps on the road to the 2024 AFC U20 Women’s Asian Cup.

The tournament brought Tajikistan, Iran, Uzbekistan and Kyrgyz Republic in the round-robin event together in Dushanbe, Tajikistan.

This competition featured players from the age group that will compete in the opening qualification stage of AFC U20 Women’s Asian Cup, which is scheduled to be held in March 2023.

All six matches were held at Central Republican Stadium.