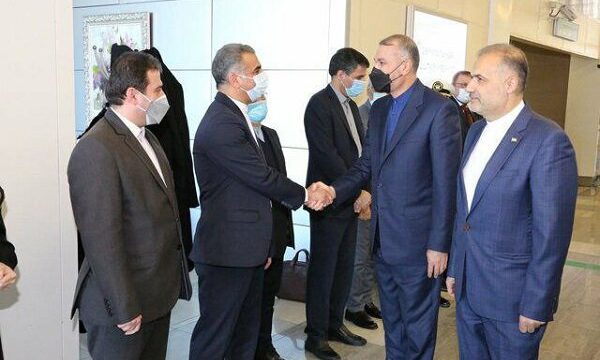 Upon his arrival in the Russian capital of Moscow, the Iranian Foreign Minister Hossein Amir-Abdollahian said that Iran explicitly condemns war in Ukraine, Afghanistan, Yemen and anywhere else in the world.

Heading a diplomatic delegation, Amir-Abdollahian on Tuesday arrived in the Russian capital of Moscow.

Upon his arrival in Moscow, the Iranian foreign minister said that his visit is due to discuss several issues including Tehran-Moscow bilateral ties and pursuing agreements reached between Iran and Russia during President Raisi’s visit to Moscow.

Citing that Iran condemns any war in any part of the world, whether it’s in Yemen, Ukraine and Afghanistan, Amir-Abdollahian said that he will discuss the situation in Ukraine with the Russian officials as well.

Vienna negotiations will be discussed between the Iranian and Russian parties, according to Amir-Abdollahian.

Amir-Abdollahian, during his visit to Russia, is set to meet with his Russian counterpart, Sergey Lavrov.