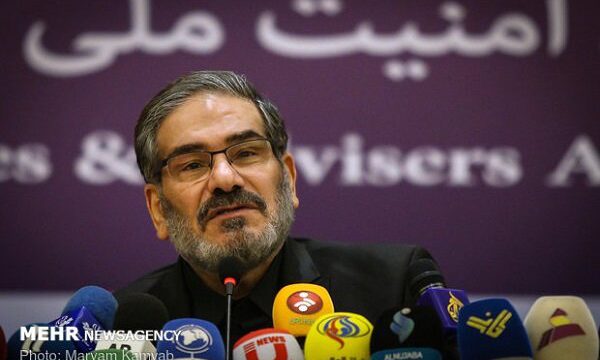 Iran will remain in Vienna until ‘strong agreement’ achieved: Shamkhani

A top Iranian security official has said that Iran will stay in the Austrian capital until a “strong” agreement is achieved.

Ali Shamkhani, the secretary of Iran’s Supreme National Security Council, said all pillars of the state are working to secure the country’s interests.

“All pillars of the Iranian state – in spite of all external and internal hype – work hard to preserve and advance Iran’s national interests,” Shamkhani said on Twitter. “We will remain in the #Vienna Talks until we reach a ‘strong agreement’ that meets all our legal and logical demands.”

Earlier, Shamkhani had said the lack of U.S. political decision regarding the Vienna talks has hampered the conclusion of a deal.

“US approach to Iran’s principled demands, coupled with its unreasonable offers and unjustified pressure to hastily reach an agreement, show that US isn’t interested in a strong deal that would satisfy both parties. Absent US political decision, the talks get knottier by the hour,” he tweeted.

Shamkhani’s latest tweet came after the chief European coordinator of the talks, Josep Borrell, announced a pause in the talks due to “external factors.”

“A pause in #ViennaTalks is needed, due to external factors. A final text is essentially ready and on the table. As coordinator, I will, with my team, continue to be in touch with all #JCPOA participants and the U.S. to overcome the current situation and to close the agreement,” Borrell said on Twitter.

France, Germany, and the UK -collectively known as the E3- made it clear what “external factors” mean. After implicitly accusing Russia of presenting “extraneous” conditions on March 8, the E3 pointed the finger of blame squarely at Russia on Saturday, warning of the collapse of the Vienna talks if Russia continued to insist on guarantees it is now demanding to shield its economic cooperation with Iran from Western sanctions over Ukraine.

“Nobody should seek to exploit JCPOA negotiations to obtain assurances that are separate to the JCPOA,” the E3 said in a joint statement. “This risks the collapse of the deal.”

The European backlash came after Russia said it needed guarantees that sanctions being slapped on Moscow by the West over the war in Ukraine won’t impede Russia’s cooperation with Iran in all fields.

Russian Foreign Minister Sergey Lavrov said on March 5, “We need guarantees that sanctions [over Ukraine] will not affect in any way the regime of trade, economic and investment ties set out in the JCPOA on Iran’s nuclear program. We asked our American colleagues (because they are running the whole show here) to give us guarantees in writing, at least at the level of the Secretary of State, that the current process launched by the U.S. will not impinge in any way on our free full-scale trade, economic, investment and military-technical cooperation with the Islamic Republic of Iran.”

Russian and Iranian officials are in close contact to discuss the matter, according to Russian Ambassador to Iran Levan Dzhagaryan.