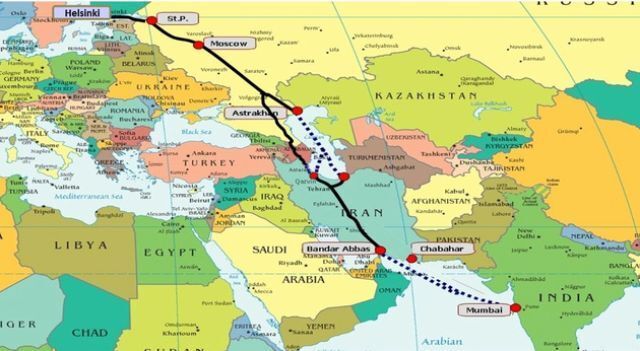 Jolfa-Nakhchivan is a 105-year-old railway which constitutes the cheapest, easiest access for Iran to Europe and Eurasia markets and new developments like Karabakh war has doubled its significance.

The railway was launched in 1916, making Jolfa customs as the greatest exports and imports terminal of Iran at the time even more significant.

It kept of the trend until World War II when the maritime routes to the Persian Gulf were introduced, with the railway losing monopoly over exports and imports although keeping significance as the busiest terminal.

Jolfa-Nakhchivan railway’s position in Iran’s trade transactions was so significant that 4 million tons of goods were transported through the railroad on a yearly basis before the Soviet disintegration.

The railway has gained importance once again as the occupied lands have been freed and reclaimed by Azerbaijan Republic and a trilateral agreement between Moscow, Baku and Yerevan has been signed to establish a corridor to connect Nakhchivan to Baku.

The railway has the potential to foil plans by Russia and Turkey to circumvent Iran in international routes in the Caucasus and connect Iran to Russia, South Caucasus and Europe in a cheap and easy way, according to experts.

The then Iran’s Roads and Urban Development Minister Mohammad Eslami along with East Azarbaijan Province officials paid a visit to Jolfa in June this year and announced the ministry’s determination to complete Tabriz-Jolfa-Nakhchivan railway and connect it to Russia.

East Azarbaijan Governor-Genral Zeinolabedin Khorram in a meeting last week emphasized reactivating the railroad, saying that the obstacles in this way should be removed and Iranian tourism businesses should have presence in Nakhchivan.

Iran’s President Ebrahim Raisi who took office in August last year has prioritized expansion of ties with neighboring countries as an important foreign policy program in his administration.

Former chief of Iran’s railway Mohsen Pourseyyed Aqaei has said that if Azerbaijan Republic and Armenia reach a lasting peace, there would be no need to an Iran-Armenia railway, as the part of Iran-Azerbaijan railroad which was destroyed during the Karabakh conflicts could be reconstructed, connecting Iran to Armenia.

Reviving Jolfa-Nakhchivan railway has attracted a position reaction in Iran’s social media, with users stating that the railway can connect Iran not only to the three South Caucasus states, but also to Russia and Europe.