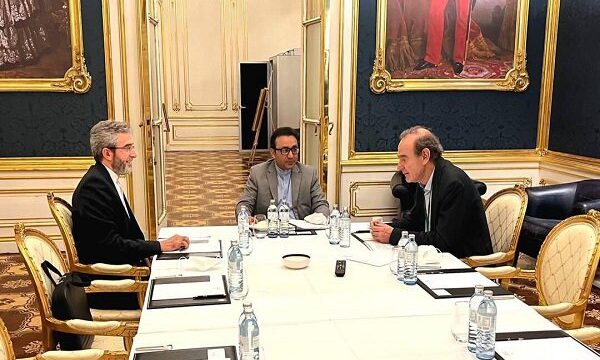 After the meeting, Iran’s chief negotiator Bagheri Kani left the venue of talks in Vienna.

The eighth round of nuclear talks on the removal of anti-Iranian sanctions kicked off in Austrian capital of Vienna on Monday Dec. 27, 2021 and participants have been completing the drafting text of agreement and deciding on some of the disputed issues.

A source close to the Iranian negotiating team told Iranian media that at least three key issues are remaining in the Vienna talks.