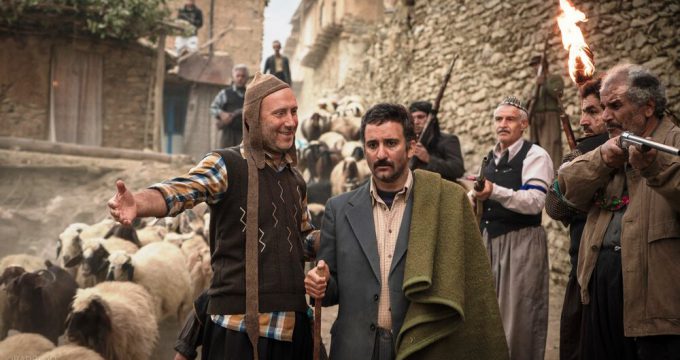 Iranian films “Ballad of a White Cow”, “Sun Children” and “Zalava” are competing in the 21st edition of the Wales One World Film Festival.

This year’s festival runs online from February 25 until March 13.

“Ballad of a White Cow”, a co-production between Iran and France directed by Behtash Sanaeiha and Maryam Moqaddam, follows Mina, a woman whose life is turned upside down when she learns that her husband Babak was innocent of the crime for which he was executed.

The authorities apologize for the mistake and offer the prospect of financial compensation. Mina starts a silent battle against a cynical system for her own and her daughter’s sake. Just as her money is running out, a stranger named Reza knocks at her door, saying he has come to repay a debt he owed to Babak. Mina is guarded at first, but increasingly lets Reza into her life, unaware of the secret that ties them to one another.

It won third place in the 2021 Berlinale Competition Audience Award and the Student Jury Award at the 11th edition of the International Crime and Punishment Film Festival in Istanbul, Turkey.

It is about 12-year-old Ali and his three friends, who work hard together to survive and support their families. In a turn of events that seems miraculous, Ali is entrusted to find hidden treasure underground.

“Sun Children” was selected for the foreign-language film category longlist at the 93rd Academy Awards. However, it failed to receive a nomination in the finals for the Oscar race.

The story of “Zalava” directed by Arsalan Amiri is set in 1978 in a small village called “Zalava”, where the villagers claim that a demon is among them.

A young sergeant who investigates the claim crosses paths with an exorcist attempting to evict the demon from the village. He arrests the exorcist on a charge of fraud, but suddenly finds himself stuck in a cursed house with his lover. The villagers, who believe they are both possessed by the demon, decide to kill them.