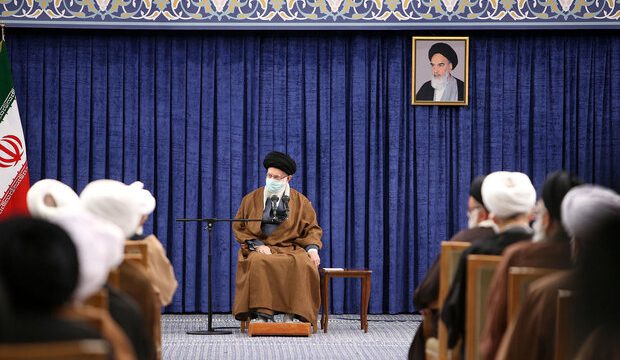 Leader of the Islamic Republic of Iran Ayatollah Seyyed Ali Khamenei said that it would be totally naive if Iran’s defensive might is diminished at the enemy’s request.

The meeting between the Leader of the Islamic Republic of Iran Ayatollah Seyyed Ali Khamenei and members of the Assembly of Experts is underway at the Imam Khomeini  Husseiniyah in Terhan.

“We have no right to put aside any of these power components because, for example, they are contrary to any of the other components,” the Leader said.

“Our presence in the region gives us more strategic depth and national strength. Why should we give it up? Nuclear scientific progress is also related to meeting the needs of the country in the near future, and if we give this up, to who and where we should go to a few years later?” Ayatollah Khamenei also said in reference to the importance of Iran’s regional influence and the nuclear industry for the country.

“One cannot find more naive and un-experienced than someone who offers to reduce the defense in order not to incite the enemy’s sensitivity,” he further underscored.

“If those who wanted to cut off some arms of national power were allowed to do so, Iran today would face great dangers” the Leader went on to stress.