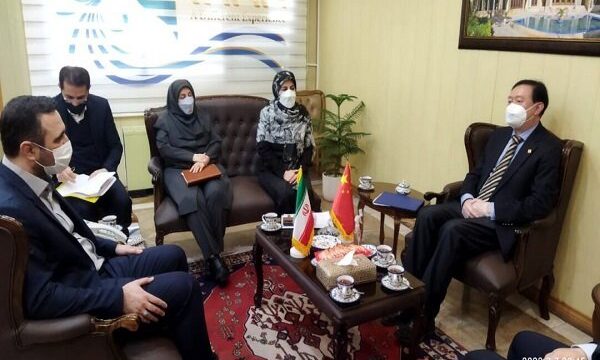 Islamic Republic of Iran and China stressed the need to develop and enhance cooperation in the field of sports and tourism in particular.

In a meeting held between the Iranian Deputy Minister of Cultural Heritage, Tourism and Handicrafts Ali-Asghar Shalbafan and the Chinese Ambassador to Iran Chang Hua in Tehran on Tuesday, the two sides expressed their readiness to boost bilateral cooperation in the tourism field.

The Iranian official pointed to the cultural and historical commonalities between the two countries and stated that Iran and China enjoy high capabilities and potentials to develop their cooperation in the field of tourism.

Executive planning has been compiled by the Iranian tourism ministry with the aim of expanding tourism relations between the two countries, Shalbafan underscored.

Chinese envoy to Iran, for his part, pointed to the salient tourism attractions of Iran and said that capacities such as favorable skiing environment and rail lines are among the attractions that have been put at the focal attention of Chinese people.

Iran-China relations, Iran-china tourism cooperation March 8, 2022
Iran not to give up on its redlines in negotiations: Raisi
Iranian sprinter runner-up in 2022 Belgrade Indoor Meeting