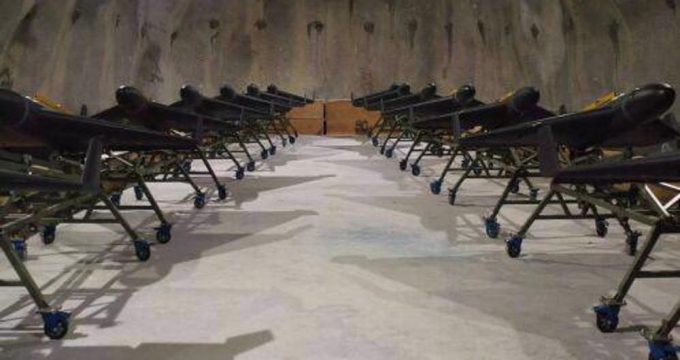 On Saturday, the IRGC Chief Commander Major General Hossein Salami unveiled the bases, which house ground-to-ground missile systems with advanced equipment, as well as attack drones that can penetrate the enemy’s radar and defense networks.

The bases are also home to unmanned aerial vehicles (UAVs) with a range of 2,000 kilometers, two-missile launch platforms and multi-drone launch platforms, which were unveiled during the IRGC’s Great Prophet 17 joint military exercises in Iran’s southern shore in December 2021.

During General Salami’s visit to the bases, Brigadier Genearal Amir-Ali Hajizadeh, commander of the IRGC’s Aerospace Force, presented a report on the new measures taken by the elite military force and its achievements.

Iranian military experts and technicians have in recent years made great progress in indigenously developing and manufacturing a broad range of defense equipment, making the armed forces self-sufficient in this regard.

Iranian officials have repeatedly underscored that the Islamic Republic will not hesitate to build up its defense capabilities, emphasizing that such abilities are entirely meant for the purpose of defense and will be never subject to negotiations.