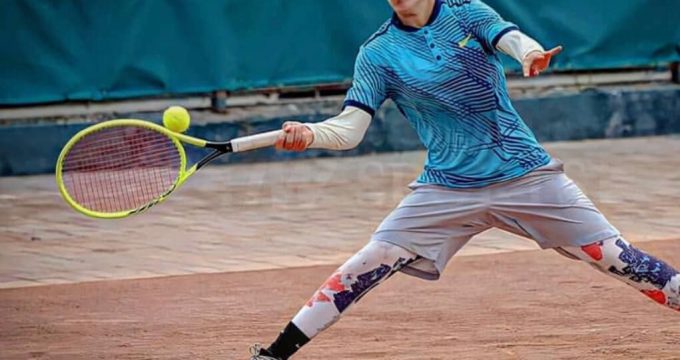 The 17-year-old flourishing tennis girl of Iran is the only representative of Iran in Brazil world tennis tour.

She defeated her Brazilian rival Maria Carolina with overall scores of 2-1 in the first round in the singles category, qualifying to face the next rival who is from Canada.

In the doubles category, Safi is going to play with an Ecuadorian teammate against a team from Switzerland and the US.

Meshkatolzahra Safi is the first Iranian tennis player entering Grand Slam and winning a match in the Australian Open.

Her encounter with the world’s No 1 tennis player for 11 years, Rafael Nadal, went viral while Safi was making history in the Australian Open.

At the corridor of the Australian Open, Safi met her idol and posted her photo with him on her Instagram account.

“I was in the corridor and somebody from the tournament just introduced me to her and explained to me a little bit the history,” Rafael Nadal told The National after the encounter.

“For me it was a pleasure to know more about her, I think it’s amazing, her story; super special to see players from different parts of the world, especially parts of the world that historically we never had players on the tour,” he said.

Winner of 20 Grand Slam tournaments, Nadal, said it is “fantastic to see a player from Iran. It’s a great story and it really was a pleasure to meet her.”

The Spanish Tennis player noted, “For me, it’s something special. If I am able to inspire anyone to help them to make positive decisions on the lives of the people, it’s something that I am very proud of.”

Safi told IRNA in an interview that no one believed that she would be qualified to attend the Grand Slam.

“But, my presence in the Australian Open changed their equations,” she noted.