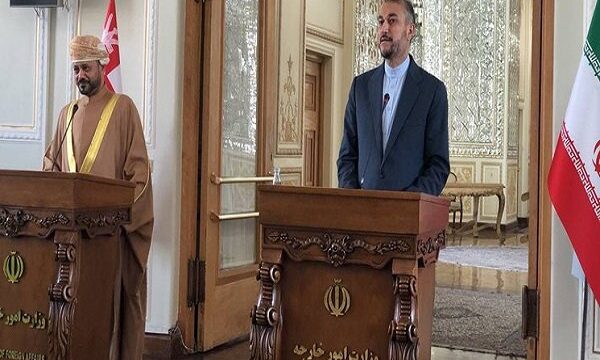 Stating that few but very important issues have remained in the Vienna talks, the Iranian Foreign Minister said that under no circumstances, the negotiating team will cross the country’s red lines about the talks.

Under no circumstances, the negotiating team will cross the red lines of the Islamic Republic of Iran about the talks and we will show our strong commitment to this issue,” the Iranian top diplomat noted.

He also expressed hope that the few sensitive, important and remaining issues in the negotiations will be resolved with realism on the part of the West in the coming days.

Referring to the official invitation of the Sultan of Oman from President Raisi to visit Oman, Amir-Abdollahian said expressed hope that the president’s visit will be done as soon as possible.

“We believe that more stability and security in the region can be achieved through comprehensive cooperation,” he stressed.

The Iranian foreign mister also spoke about the latest developments in Russian-Ukrainian relations, saying that unfortunately, the provocative behavior of NATO and the United States has made the situation in the northern region and around Iran worrying. He also urged all parties to end this crisis politically and peacefully.

Omani foreign minister, for his part, said that he has conveyed the letter of the Sultan of Oman to the President of Iran, expressing hope the Iranian president’s visit to Oman takes place soon.

“The political relations between the two countries are based on mutual trust and respect and common interests,” he added.