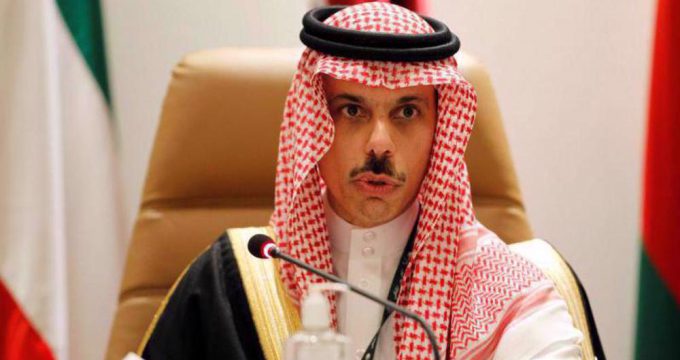 Saudi Arabia plans fresh round of talks with Iran over rapprochement

Saudi Arabia’s foreign minister says rapprochement with Iran is possible as the kingdom is planning to schedule a fifth round of direct talks with the Islamic Republic.

He said Riyadh is looking to schedule a fifth round of direct talks with Iran, adding, that the restoration of Tehran-Riyadh relations requires progress on the issues that “concern Saudi Arabia and its neighbors.”

For years, the kingdom pursued a confrontational foreign policy toward the Islamic Republic, but it appears that it has recently changed tack.

The two Middle East heavyweights have held four rounds of talks in Iraq since last April, including a meeting in December under the administration of President Ebrahim Raisi, who assumed office in mid-2021.

Elsewhere in his remarks, the Saudi foreign minister pointed to the ongoing talks between Iran and the P4+1 group of countries in Vienna to salvage the 2015 Iran deal, saying the possible revival of the pact should be “a starting point, not an endpoint” in order to address regional concerns.

Since early last year, Saudi Arabia has signaled its desire to repair bilateral relations with Iran.

In an interview with the Financial Times published in October, the Saudi foreign minister said the kingdom is “serious” about talks with the Islamic Republic.

Describing the negotiations as “exploratory” but “cordial”, he said “we are serious about the talks. For us, it’s not that big a shift. We’ve always said we want to find a way to stabilize the region.”

In a sign of thawing relations, Iran said last month that three Iranian diplomats had arrived in Saudi Arabia to take up posts at the headquarters of the Organization of Islamic Cooperation (OIC) in Jeddah.

Iranian Foreign Ministry Spokesman Saeed Khatibzadeh added that paying attention to one’s words and deeds is a prelude to a détente between Tehran and Riyadh, which, “God willing, our friends in Saudi Arabia are increasingly cognizant of.”

Earlier this month, Khatibzadeh said Iran has always been prepared to continue the dialog in Baghdad.

The date of the next round of talks would “depend on the will in Riyadh, and when this will is formed in Riyadh, we will have this meeting,” he said.