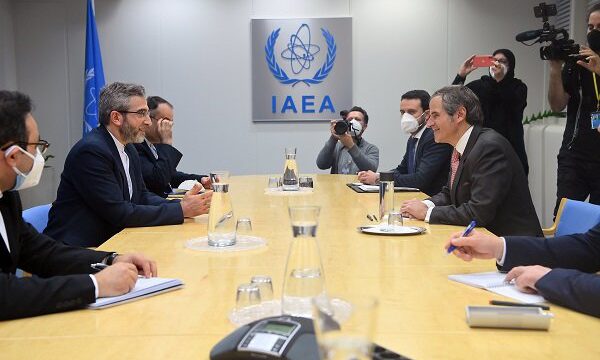 Referring to his meeting with Bagheri, Grossi in a tweet on Tuesday wrote, “Had an important conversation today with Iran’s chief negotiator @Bagheri_Kani, on current bilateral issues between @IAEAorg & #Iran and also on ongoing #JCPOA discussions.”

The eighth round of talks on the removal of all anti-Iranian sanctions kicked off on Dec. 27 in the Austrian capital of Vienna and is one of lengthy rounds of talks. These days, participants are busy active drafting the text of the agreement and deciding on some controversial issues.

The US has indirect participation in the talks because it has left the deal in 2018.

Bagheri Kani has had many bilateral and multilateral meetings with the participant to the JCPOA in recent days.