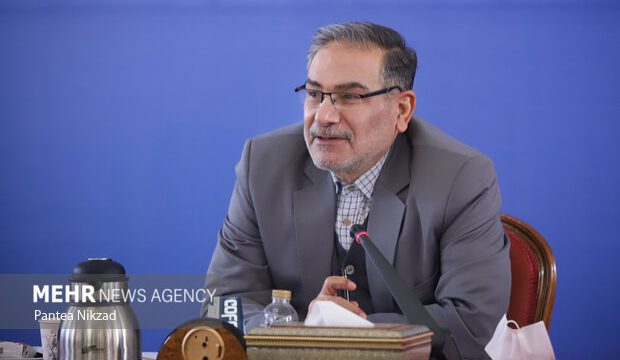 Shamkhani: West pretending to have upper hand in Vienna talks

The secretary of Iran’s Supreme National Security Council says the western signatories to the Iran nuclear deal only pretends to have the upper hand in the Vienna talks.

Shamkhani said he spoke with chief Iranian negotiator Ali Bagheri on the phone about the trend of the Vienna talks aimed at reviving the 2015 nuclear deal.

Shamkhani said the phone call made him sure about two things.

He said one of them is that Iranian negotiators are facing increasing difficulty advancing Iran’s logical and legal agenda.

The other issue, according to Shamkhani, is that the Western sides continue pretending to have the upper hand in the talks to dodge their allies obligations.

The secretary of Iran’s Supreme National Security Council made those comments in a tweet.

This comes as Iran and the P4+1 group of countries are engaged in talks to find a way to return the US to the JCPOA so that Iran will resume its full compliance with the agreement.

Iran says only after the US terminates its sanctions will Tehran return to full compliance with the deal.

Tehran says the US has so far dragged its feet on removing the sanctions.