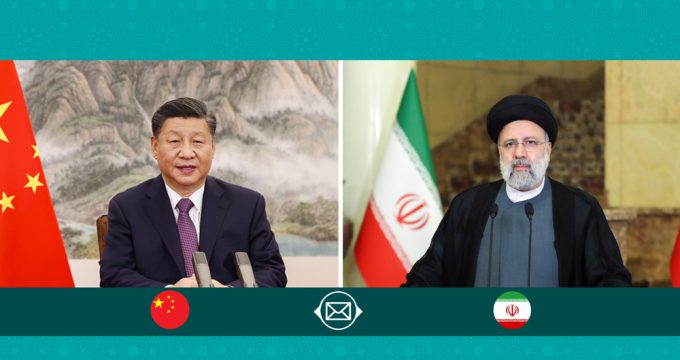 In congratulatory message to Xi, Raisi hopes for enhanced Iran-China ties in all fields

Iranian President Ebrahim Raisi says he hopes Iran and China will further promote cooperation in all sectors, in the light of political trust between Tehran and Beijing.

In a message to Chinese President Xi Jinping on Tuesday, Raisi offered his sincerest congratulations to him and the noble people of China on the Spring Festival, commonly known in English as the Chinese New Year.

“I am delighted that at the beginning of the New Year, diplomatic relations between the two nations have entered their second fifty years and the implementation of a 25-year comprehensive cooperation plan has been announced,” he added.

He expressed hope that Iran and China would witness further promotion of bilateral regional and international cooperation in all areas.

Undoubtedly, the Iranian president stated, the world would witness the successful holding of the Beijing Winter Olympics 2022 under Xi’s wise leadership.

Iran and China signed a landmark agreement in March last year in defiance of the US’s unilateral sanctions, in a move aimed at bolstering their long-standing economic and political alliance.

Beijing has long sought to boost ties with Tehran, with President Xi describing Iran as “China’s major partner in the Middle East” on a rare visit to the country in 2016.

ranian Foreign Minister Hossein Amir-Abdollahian and his Chinese counterpart Wang Yi signed final documents to announce the start of the Comprehensive Strategic Partnership between the two countries in January.