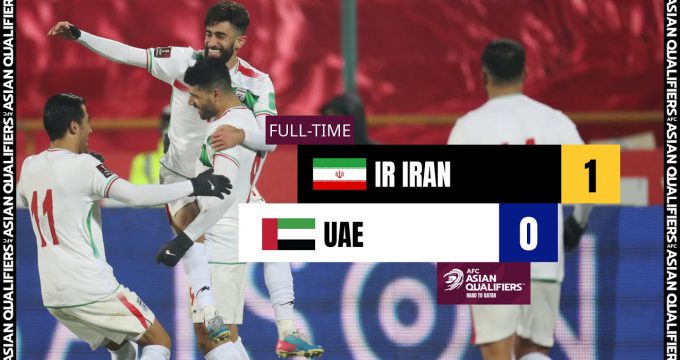 Iran have pocketed another victory in the AFC Asian qualifiers after beating the United Arab Emirates 1-nil at the Azadi Stadium.

Team Melli, who had already sealed a spot in the 2022 World Cup finals, managed to break the deadlock before half-time when Porto’s striker Mehdi Tarmi was in the right place at the right time to score the winner from close range.

With the victory, Iran sealed the spot at the top of group A, by collecting 22 points, two points above South Korea, who defeated Syria 2-nil on Tuesday. Iran will next meet South Korea on the 24th of March in Seoul.