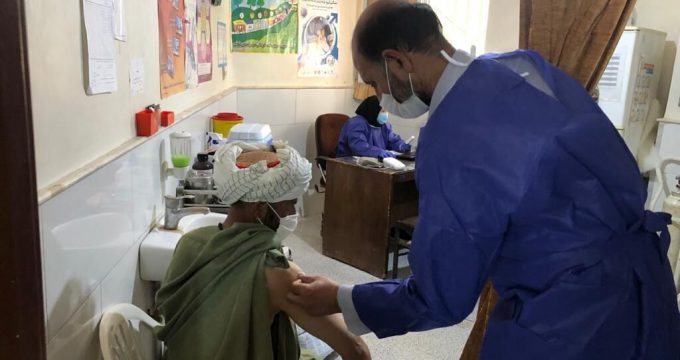 Senior provincial official announced on Tuesday that foreign nationals in northeast Iran have received an aggregate of 390,986 doses of coronavirus vaccines in first, second, and third shots.

Mohammad-Taqi Hashemi, the secretary general of Bureau for Aliens and Foreign Immigrants Affairs of northeastern Iranian province of Razavi Khorasan, made the remarks in an interview with IRNA.

It was done within the framework of the operation of immunizing Iranian nationals with no restrictions, Hashemi noted.

From the aspect of medical issues, there is no difference between Iranian nationals and foreign nationals, even those who have entered the country illegally, he noted.

Reportedly, 95 percent of Afghan nationals in the province are living in Mashhad, capital city of Razavi Khorasan.

Coronavirus has killed near 5,700,000 worldwide since its outbreak in December 2019.

Red color code means that the region or country is at high risk regarding the pandemic.

foreign nationals in Iran, Iran COVID-19 vaccination February 1, 2022
Iran central bank net foreign assets rise by 21.4% y/y to $24.57bn
Iran: We will make each and every effort to end ordeal of Yemenis