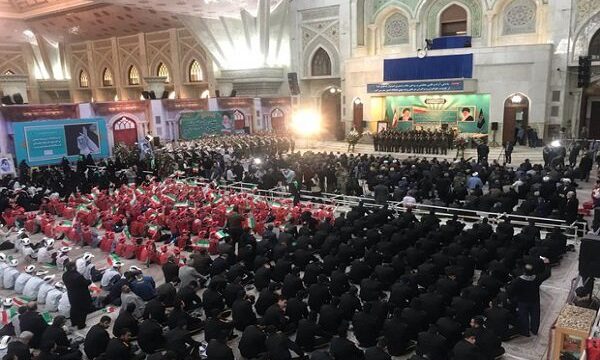 The special ceremonies of Bahman 12, marking the 43rd victory anniversary of the Islamic Revolution, started at Imam Khomeini Mausoleum, southern Tehran province, on Tuesday with the massive participation of enthusiast people from all walks of life, esteemed families of martyrs of the Islamic Revolution and a number of state and military official.

Motorized parade of the Armed Forces, Basij Resistance Forces and their symbolic parade on the route of Imam Khomeini (RA) from Mehrabad Airport to Behesht-e Zahra Cemetery in 1978  are among the programs that will be held on Ten-Day Dawn ceremonies.

More than 2,000 journalists, cameramen and photographers cover the Bahman 12 ceremonies in Tehran and all the provinces of the country.