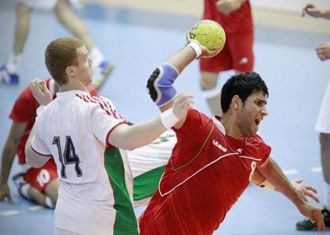 The national Iranian men’s handball team lost to the team of Qatar at the semifinal of the 2022 Asian Men’s Handball Championship on Saturday.

With the 19-34 defeat against the national Qatari men’s handball team, the Iranian side could not advance to the final of the 2022 Asian Men’s Handball Championship on Saturday.

However, Iran booked its place in the 2023 World Men’s Handball Championship, which is slated to be held jointly by Poland and Sweden after winning its rivals at the Asian compeitions.

The Asian championship started on Jan. 18 in Dammam, Saudi Arabia and will wrap up on Jan. 31.

To reach the semifinal, the handball team of Iran gained victories against Kuwait, Australia, India, Saudi Arabia and Iraq to also qualify for the world competitions.

Iran will have to fight for a third-place now.