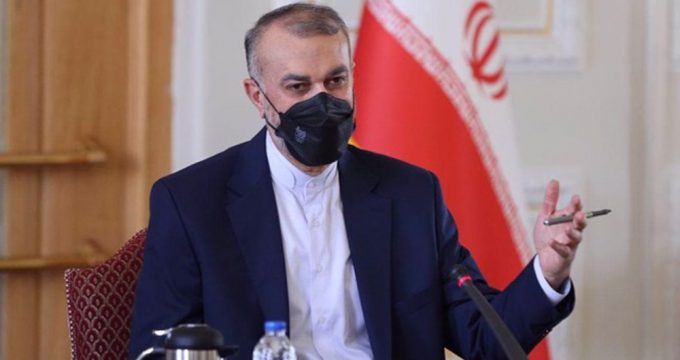 Iran’s foreign minister has described as positive the process of the ongoing US sanctions removal talks in the Austrian capital Vienna, more than three years after Washington unilaterally left the deal and imposed tough economic sanctions on Iran.

Hossein Amir-Abdollahian made the remarks in a phone call with UN Secretary General Antonio Guterres, during which they discussed the latest developments surrounding the Vienna talks among other issues.

Expressing Tehran’s deep distrust of US rulers, Amir-Abdollahian underscored the need for Washington and its European allies to take practical and tangible measures in order to reach a sustainable and reliable agreement.

Guterres welcomed any progress at the talks over nuclear and sanctions issues, saying the UN, with all of its power and capabilities, has supported the reaching of an agreement in Vienna.