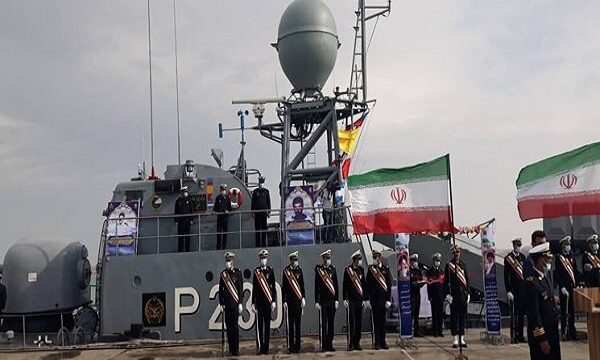 Iran’s 80th Naval Fleet embarked for the international and free waters via Bandar Abbas on Thursday in a see-off ceremony attended by the military commanders of Iran’s Army Navy Force.

The 80th Naval Fleet of the Army left Bandar Abbas for the free and international waters, accompanied by the military commanders of Iran’s Army Navy Force on Thursday.

According to this report,  the 80th naval fleet of Iran’s Army Navy Force was sent to the internship of students of the Imam Khomeini University of Marine Sciences and Technology.

In the maritime mission, Tonb logistics ship, Bandar Abbas logistics ship and Alvand class destroyer of the strategic navy of the Army of the Islamic Republic of Iran are present.