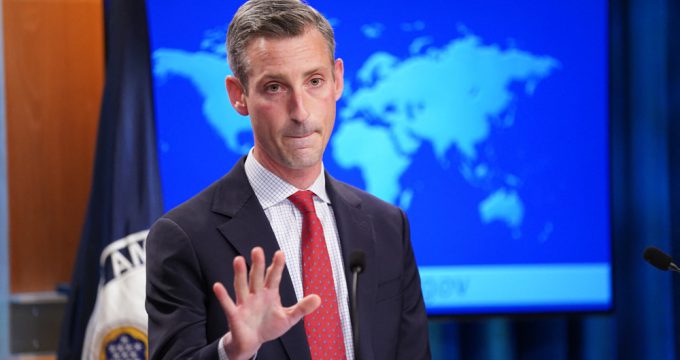 Washington says the “maximum pressure” campaign against Iran, initiated by the Trump administration and maintained by the Biden administration, has been an “abject failure.”

Speaking at a press briefing on Tuesday, US State Department spokesman Ned Price said the previous administration left behind a “terrible set of options” including its escalations towards the Islamic Republic.

“The maximum pressure campaign was an abject failure. Everything that it promised, the opposite ended up coming true,” Price said.

He maintained that the Trump administration failed to strike a “better deal” with Iran, contain Iran’s regional influence, halt Iran’s nuclear program, and bring the world together to impose maximalist demands on Iran.

“Across all of those areas, the opposite came true,” he reiterated.

Trump launched what he called the maximum pressure policy against Iran in 2018 after he pulled the US out of the 2015 multilateral agreement with Tehran, claiming he could “get a better deal” than the one reached under his predecessor Barack Obama.

The former American president declared that he intended to compel Iran to negotiate a deal that would restrict the Islamic Republic’s ballistic missile program and its influence in its own region.

Iran flatly refused to negotiate a “Trump deal” and rejected his repeated calls to hold talks at any level. As tensions soared to the highest levels in decades with the tightening of US sanctions, Iran started in 2019 to reduce its nuclear obligations under the deal as per its contractual rights.

“So having inherited a very difficult and challenging – terrible, even – set of options, we’ve set about a path that we believe is in our national security interests, and that is a mutual return to compliance with the JCPOA,” he added, using an acronym of the deal – the Joint Comprehensive Plan of Action.

Multilateral talks have been underway for almost ten months during the Biden administration, who had vowed to undo Trump’s maximum pressure policy and re-enter the nuclear agreement. In spite of his fierce criticisms of the “failed maximum pressure” campaign, Biden has not put an end to it, keeping in place all of the sanctions that were imposed under Trump while piling on with new ones.

Tehran has continued to reject direct negotiations with the US over its unilateral withdrawal from the JCPOA and refusal to remove its illegal sanctions.