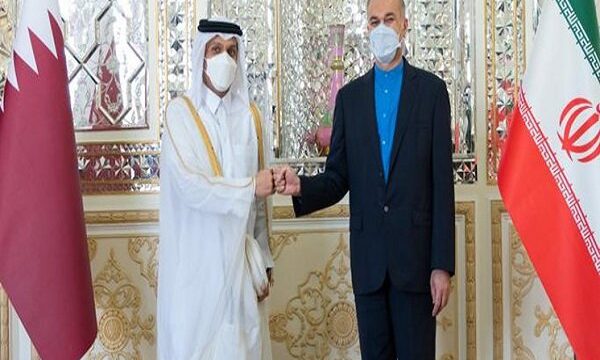 The Iranian and Qatari foreign ministers discussed bilateral relations and regional issues and developments during a phone call.

The two senior diplomats discussed regional issues and emphasized the need to strengthen diplomacy and dialogue in resolving matters, as well as discussing some important issues of interest.

Regional developments and the continuation of consultations between the two countries to maintain regional and global peace were amongst other topics discussed by the two foreign ministers.

They also discussed and exchanged views on the further expansion of bilateral relations between Iran and Qatar in various political, economic, and cultural fields.

Recently, Amir-Abdollahian paid a visit to Oman and Qatar and met with the officials of the countries including the Qatari Emir.

Speaking with the reporters during his visit to Qatar, the Iranian foreign minister stated: “We keep our regional friends informed of the latest developments and negotiations in Vienna. As neighbors, they have the right to be briefed on the latest trend of talks between Iran and P4 + 1.”